I am a book lover. When I say that I mean I am an actual book lover. And when I say "actual book" I mean PAPER books. I haven't ever liked the idea of reading using an e-book, but I had to realize how useful it is when you change your life, change your house and you can not bring your whole library with you. Ok, I am back at my parents' house currently but I am not going to stay here and when you travel you can not waste precious space and kg within your luggage with books. So, hello Kobo! 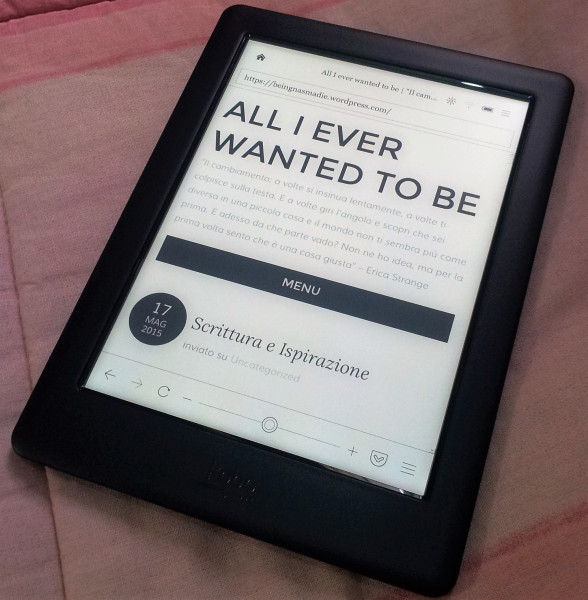 Look how cute it is the cover I am going to buy: HERE *-*

Do you know about Pocket? It is an awesome app that allows you save from your computer or smartphone whatever you wish to read and to have it on your e.book reader :)

Also, the new Kobo Glo HD, that is the one my friends gave me as graduation present, has a beta tool: you can go on google and read whatever you wish to on the internet!
Now you are thinking: "why should I go to the internet if I have the Pocket app?" - well, the matter is some layouts look "uncomfortable" when converted by pocket app.

I tried to download some e-books but the links to the books I am interested in do not seem to work -.-"

The Hunger Games, anyone?
I borrowed the books of the saga a week ago from my best friend and I have just finished reading it. IT WAS AMAZING! I just couldn't stop reading. 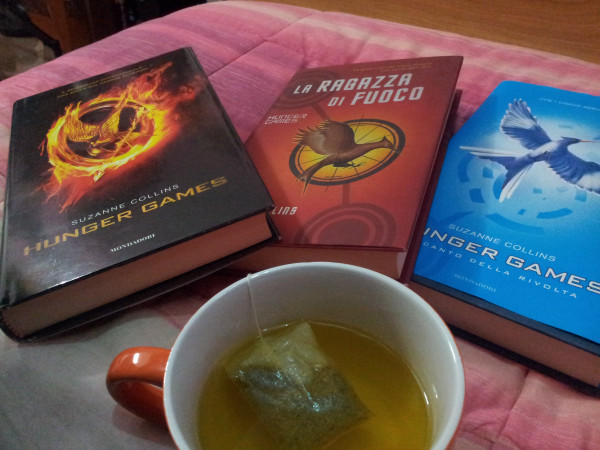 [SPOILER ALLERT!]
- I do agree about Katniss and Peeta as couple
- omg Prim *so sad*
- Katniss' mom decided to stay in Capitol City. Maybe is was not good she gave up on her two daughers after her husband died and she is doing the very same thing now Prim is dead, but I can understand sometimes you just feel broken and need to stop. So I will not judge her leaving Katniss alone at the end. (Luckily Peeta was there *big smile*)
- I didn't trust President Coin either

Hey there! omg, I haven't posted here on livejournal for so long! It has been such a weird year for me. First of all, I graduated, finally! yay! :D I haven't had time to spend on the internet being a fangirl. I haven't even had time to watch tv shows or to read books, actually :/ but I hope I will have more free time now, also because I really need to relax! I am going to write more on my blogs and to update them (layout and graphic included!).
Anyway, stop the "small talk" and let's get serious! :D A friend of mine made me watch an hilarious tv show, that is Galavant. It is a comedy, a musical fairytale. You should watch it, definitely! 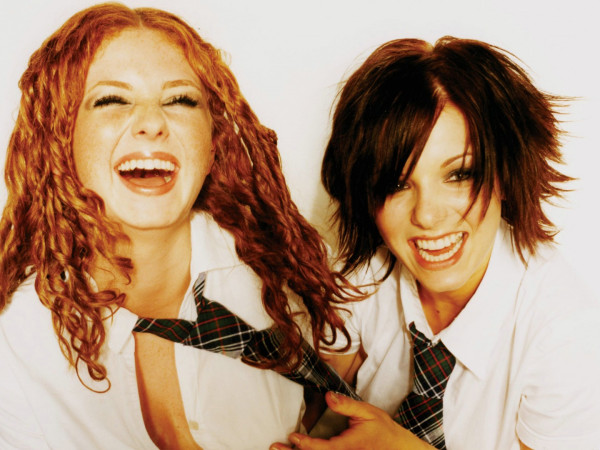 Click for the playlist of my fav songs even if my forever.listening.one (as my forever.watching.video) is "all about us"

I've been listening to them the whole time lately! I found out they're from Russia (I didn't know it!!!! I'd love to study russian!) and that they weren't gay.
Also, do you know they still sing together sometimes but mainly as solo...and I just LOVE Lena (click to listen to her songs)! I guess she has been my very first girlcrush! *-*
Also, she sings a cover of Mr Saxobeat!!! *in love*

Let me introduce you the little Arya!
One summer day we heard a kitten crying, so my mom went out and saw this little fluffy thing crying while walking all by herself on the street. As the kitten saw my mom she ran toward her! we have been looking for someone to take her... but people who love cats are hard to find! so she's still with us. We're trying to make Zara (the dog...who kills cats!!! T___T) and Danae (my cat) get on well with her *fingers crossed*
Meanwhile, I called her Arya....yep! just like Arya Stark! ;)
she's sooo cute and sweet! she behaves more like a dog than like a cat! 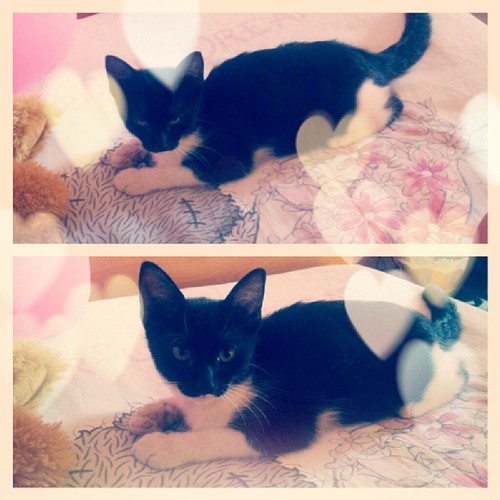 
I love shopping!
One of the best anti-depressants? shopping, of course! <3
You can't even imagine how long I've been looking for sunglasses that would fit me! I seem not to have a glasses-face :p but these ones are really so cute!
About the clothes, I FINALLY managed to buy leggings with crosses aaaaaaaaand a t-shirt with a cat face on it (like the ones I always see on those expensive foreign shops on the internet!!!!!) *me iz happy* 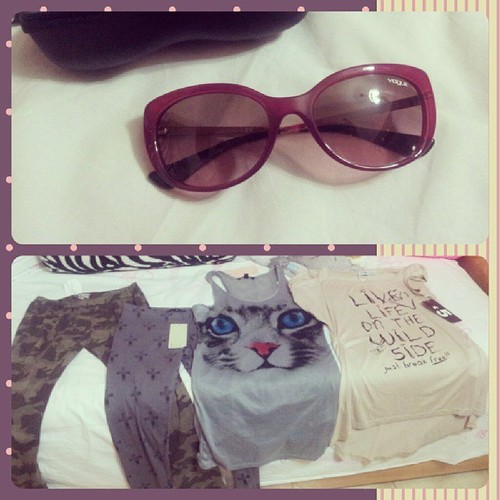 It was June. A friend of mine called me on the cellphone telling me about a voluntary camp organized by Legambiente (an association whose purpose is to protect natural beaty areas) in Lampedusa; they needed people to protect the "Rabith's beach" (that is one of the best beaches in the mediterranean area), because being situated within a reserve, there are things you're allowed to do or not to do if you wanna go there; so every year, in summer, they need people that help them make respect the rules of the reserve.
The camps are from June to September, and each camp is 10 days long.
Being depressed and needing to escape a free girl, I accepted! Other 2 friends of us (including my girl!!!! <3) joined us, and we chose a camp in August, the one from the 8th to the 17th.
It was AWESOME!!!!!!!!!! I'm sooooooooooooo glad I did such a thing! working there was hard, but it worth it, definitely! I must also say my friends and I had been lucky, since the other volunteers (in each camp there are 10 volunteers + a boss and his/her assistant) were so nice! We got on well with each other since the very beginning! 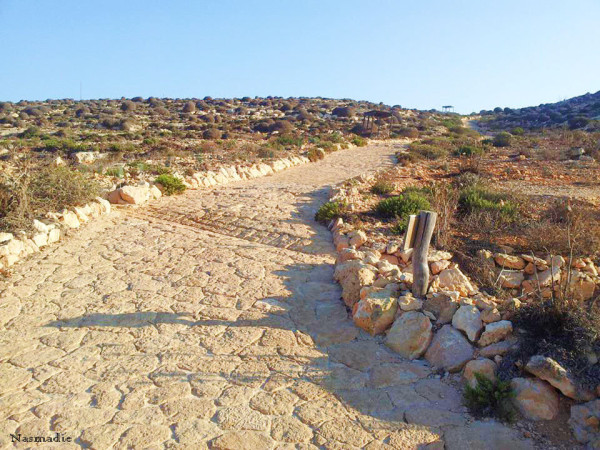 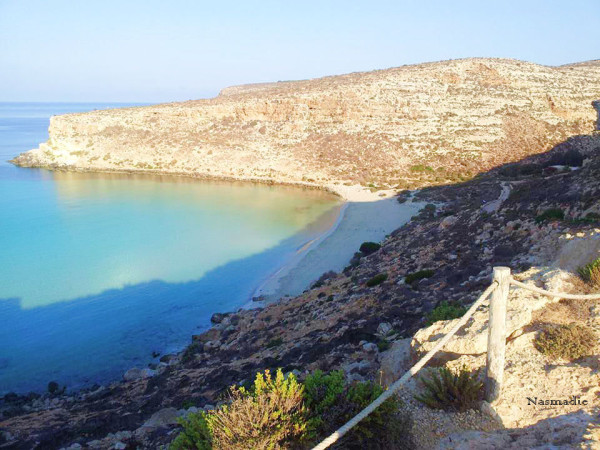 (being there to work and not as tourists, we had to go down at about 7:00 - 7:30 am in order to clean the beach and to be sure everything was fine)

Any "The White Queen" fan around? I loved this tv show!! Queen Elizabeth was soooo cute!
I've just watched 1x10, that is the last episode; of course I knew Richard III would have died and the Tudor would have won......but I was like "omg Richard don't die, please!" and also like "I love Elizabeth The Virgin Queen so much so Richard must die" >.<

Oh, and now I want to read books written by Philippa Gregory, obviously! :p (however, someone on GetGlued told me if I'm more interested in history than in fiction, I should read books by Alison Weir).

Btw, have you noticed Queen Elizabeth's wedding ring? how cool is it???? *me wants* 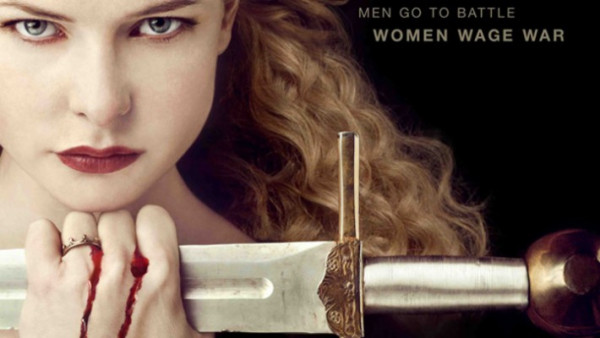 I also need a "The White Queen" icon :p

Don’t make me sad, don’t make me cry
Sometimes love is not enough and the road gets tough
I don’t know why
Keep making me laugh,
Let’s go get high
The road is long, we carry on
Try to have fun in the meantime 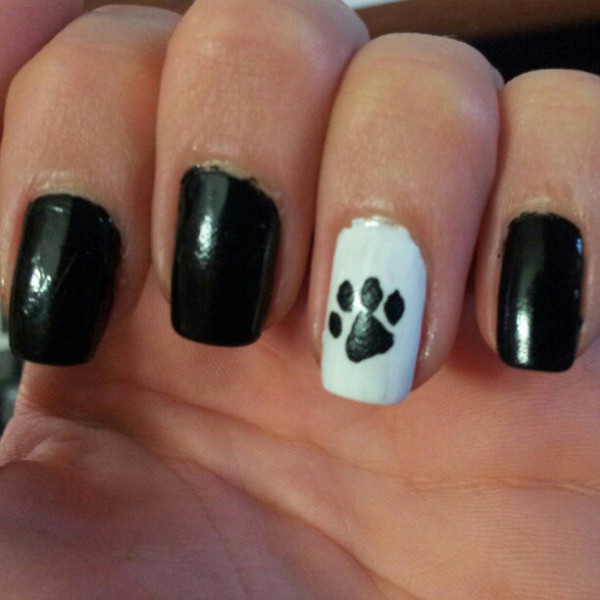 The matter with LiveJournal is that I use it mainly to fangirl; that means that if I haven't watched my tv shows, I can't even spend some time here since
1. I wouldn't know what you talk about in your entries
2. I would be spoiled!

Anyway, just wanted to say I miss you, my L-J friends u.u